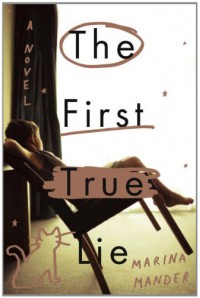 Luca is a ten yr. old boy who acts, and for the most part speaks much older than ten. He is observant and is able to formulate thoughts and actions, realize repercussions well beyond his chronological age. Unfortunately this includes using many curse words.

After he finds his mother dead, the reader learns the inner life of this amazing and unfortunate child. Heartbreaking yes, but poignant and wonderful as well. Although many of his thoughts are not childlike, many of his actions are. He moves from subject to subject and is a well of thoughts and feelings. He has his cat Blue, and Blue becomes part of the fantasy Luca uses to keep himself in place. He manages to have hope in the face of overwhelming sorrow and disaster. Luce will leave an imprint in the reader's thoughts.

The reason I did not rate this higher, is that there were a few instances when despite the brightness of Luca I just could not accept that a ten yr. old (and I have a very bright ten yr. old grandson)would act or figure out a few of the things he did. Also the story abruptly ends. Not ends open ended for the reader to figure out for himself what happens, but literally just stops.

Despite that I believe Luca is worth knowing, ending or not.