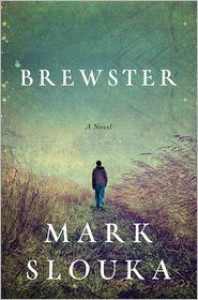 Late 60's, in a small town called Brewster in New York, three boys and a young girl come of age.  Charles Manson was in the news, being drafted for the Vietnam War was a real threat and Woodstock was happening a short distance away, these were circumstances happening outside their homes, but the real threat and the hurt would come from the place they should have been the safest, their own homes.

I was very young during this time period but I remember my best friend's brother being drafted, seeing him in his uniform, leaving for boot camp, wondering if he would have any life left when he returned.. Jon and Ray are such wonderful characters, dealing with the hurts in their families in the only way they knew how. Good boys, troubled boys, boys the reader becomes emotionally involved with, want to save. Heartbreaking and powerful, such a wonderful and poignant book, nostalgic, the tone of the time, perfect.  Jon, runs track and that becomes his outlet. Ray, and his family secrets, things he must not tell and a little brother that he loves and to whom he feels responsible.  First love and friendship in all its glory and hardship. All seniors wondering how their lives will play out, how the world would change, where they would find themselves in the future.

As they enter the seventies, things will change, the pace of the books speeds up and a horrifying and heartbreaking incident will leave them all reeling,  and all their lives will never be the same. As Jon track coach tells him, "You'll be okay,  "You can't see it now, but life goes on." That's the thing - it goes on with or without you."

Maybe it's the weather, or that it is getting dark so early but I think this is only the second book that I finished with a lump in my throat and a tissue in my hand.,  Friendship, pain and memories, the resilience of the human experience.