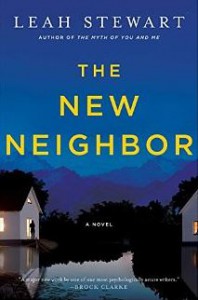 Margaret is 91, lives in a house in Tennessee on a mountaintop. The house across from the pond from hers has remained empty since the woman that had lived there had died. Empty., until Jennifer and her four year old son moved in, an occurrence that both intrigues and upsets Margaret. She had come to prize her solitude, but she can't help but be curious. Jennifer has come, seeking a new life for her and her son.

The structure of this book is rather simple, each chapter narrated by Margaret or Jennifer and a little later on by Zoe. While the structure is simple the unraveling of the plot is brilliant. Slowly the reader comes to realize that both these women have secrets in their pasts. The novel is a quiet one, told in linear fashion but with many flashbacks to let the reader know what happened in their pasts. Margaret tells hers or most of hers in conversations with Jennifer because she wants to leave a written record of her life, having been a nurse in WWII, and had seen many terrible things. Margaret's curiosity soon turns into an obsession. She will not stop until she learns all of Jennifer's secrets. There is no overt air of suspense to this novel just a feeling of dread, or at least that is how I felt.

Not sure if I really liked any of these characters, but I understood them. Beaten down in different ways by life they has each put up a shell that was hard to break through. I do love that the author avoided a cliched ending, instead wrote on that I felt was more realistic to the storyline and the characters past actions. A good book that takes a fair amount of patience, especially at the beginning.

I think the motto of this novel is: If you have secrets do not move anywhere near an elderly, single woman.