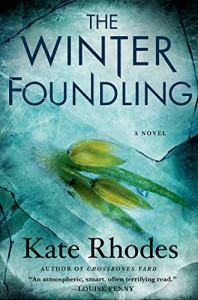 Unfortunately did not realize this was the third book in this series and I usually don't like picking up books that are already part of a continuing series. Despite that, I liked this one. Good plot, young girls going missing, found dead dressed in white after a short time and a new ten year old taken. The setting, a psychiatric hospital, where a famous killer is incarcerated or is a patient, whichever you refer. he refuses to talk and only writes notes. The main character, Alice, has had past dealings, having helped the police, in particular one certain policeman, and is asked to help again. By talking to Kinsella, since the murders seem to be mimicking his.

So a good plot, interesting setting, a little romance, some profiling and psychological digging made form very interesting and fast paced read. Though in the interest of fairness I questioned some of the actions of Alice, they moved the story forward and provided tension but they were somewhat unbelievable.